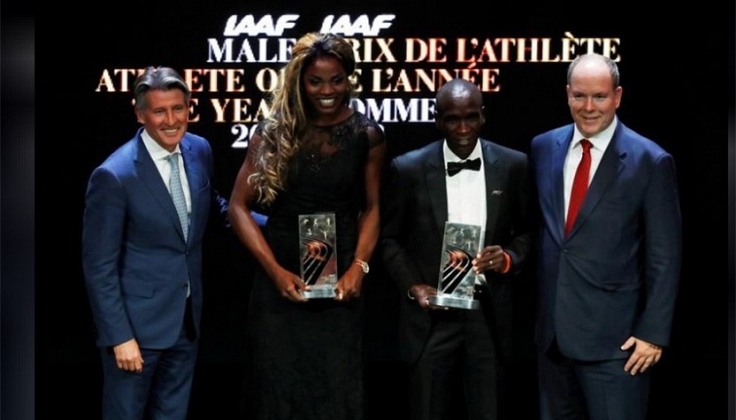 Kenya’s marathon world record holder Eliud Kipchoge has been honoured as IAAF male athlete of the year at athletics’ annual awards ceremony on Tuesday in Monaco.

Olympic champion Kipchoge shattered the world marathon record by 78 seconds as he completed the Berlin Marathon in two hours, one minute and 39 seconds.

Kipchoge’s performance marked the biggest improvement in the marathon record since Australian Derek Clayton took almost two and a half minutes off the mark in 1967.

The 34-year-old Kenyan also won the London Marathon in 2018.

He also missed by 26 seconds breaking the magical two-hour barrier when he crossed the line in 2:00.25 in a special race on the Monza circuit in Italy in 2017 that was not eligible for record purposes.